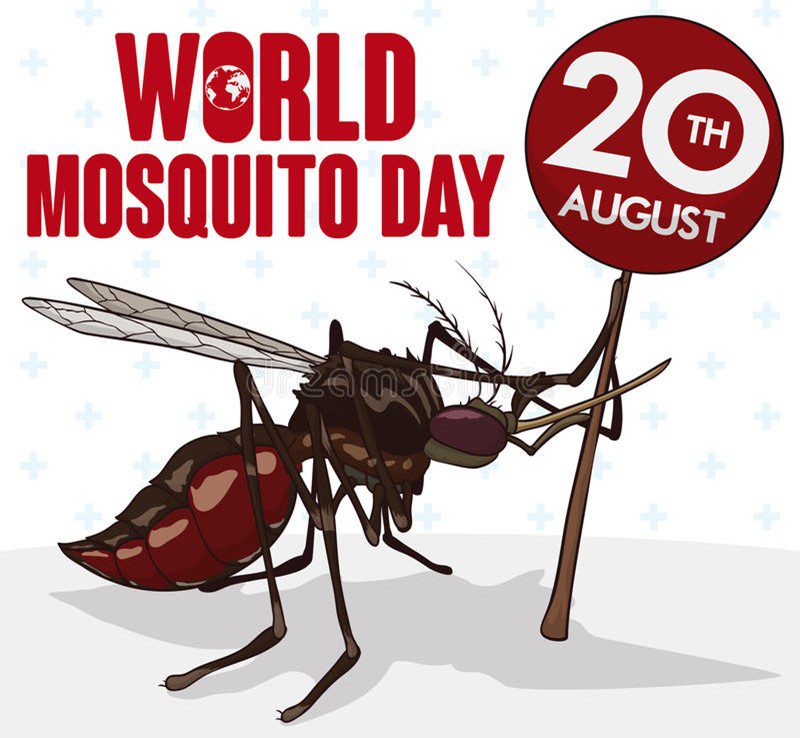 Believe it or not, 20 August has been observed annually since 1902 as World Mosquito Day. This is in commemoration of British Doctor Sir Ronald Ross’s discovery, that it is the female mosquito that transmits malaria to human beings.

Mosquitos are insects that are responsible for spreading malaria, a disease that actually leads to the death of over half a million people every year, around the world especially Africa.

Ronald Ross’ discovery of the transmission of malaria in 1897, revolutionised the understanding of the disease and this led to a significant increase in the awareness about malaria prevention.

The modern way to prevent the disease is to avoid bites from infected mosquitos.

Common methods of prevention include the use of insecticide-treated nets, window nettings, aerosol spray for indoor use, creams used as insecticide repellent and repellent coils, to mention a few.

Preventive measures for pregnant women and infants are also key in curbing the spread of malaria.

However, hot weather & pools of stagnant water in many areas of Sub- Saharan Africa, pose a challenge to the reduction in the transmission of malaria and its total eradication.

It took a lot of effort to convince many people that those tiny blood-sucking insects are responsible for transmitting a serious disease as malaria. Malaria has been afflicting people from the beginning of the agriculture and modern civilization.

Research and records have it that malaria has affected every continent

except Antarctica and remains a widespread problem in parts of the world including Sub-Saharan Africa, South Asia and the Caribbean.

Over 200million people contract malaria every year and unfortunately there is still no vaccination developed to prevent malaria.

As far back as 2010, records have it that 90% of malaria related deaths occurred in Africa. The World Health Organisation (WHO) reported concerns about drug resistant malaria, which was hampering efforts to reduce the spread of the disease.

On World Malaria Day, efforts at eradicating malaria and new treatment combinations are all brought to the fore in honour of Sir Ronald Ross.

It may also be interesting to note, that Sir Ronald Ross was a British Army surgeon working in India. Ross won the Nobel Prize for Physiology (Medicine), in 1902 and it was there and then that Sir Ronald Ross declared the first World Mosquito Day. He stated it was important for the world to know and be aware of the link between mosquitoes and malaria.

Ross was able to prove that mosquitoes transmit malaria by identifying pigmented malaria parasites in mosquitoes that fed on an infected patient.

The discovery revolutionized our knowledge of the disease. There is currently an improved understanding of the disease and World Malaria Day continues to serve as a reminder of what led to the new perspective & preventive measures in the battle to eradicate malaria worldwide

At FirstBank, we know health is wealth and we continue to play our part to provide healthy, safe and mosquito – free work and banking hall environments, that ensure we do our best as responsible corporate citizens at all times to keep malaria at bay.