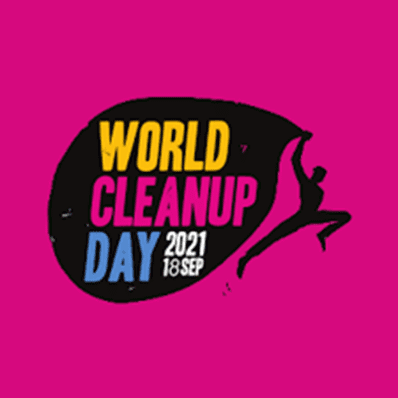 Once again it is time to show kindness to Mother Earth and humanity, It is World Clean-up Day!

World Clean-up Day is the world’s largest single-day civic action, on which more than 180 countries engage to tackle the global waste crisis. The Day is not just about clean-ups. It’s also about a strong and unique network of doers who share the vision of a waste-free world and believe together we can clean up the world from waste.

The World Clean-up Day since its inception in 2018, has brought out more than 50 million volunteers, but the initiative has the goal to involve 5% of the world’s population (or approximately 380 million people) in cleaning up the world.

On World Clean-up Day, volunteers and partners worldwide will come together, even in the face of the special requirements and many restrictions of Covid-19, to rid our planet of trash – cleaning up litter and mismanaged waste from our beaches, rivers, forests, streets, and gutters.

This world-changing idea of a World clean-up day, began in the small northern European country of Estonia, in 2008. 50,000 people united to clean up the entire country in just five hours. On that day, a global bottom-up civic movement was born and has since spread like wildfire around the globe. This captured the imaginations of people worldwide, who were inspired to follow suit with the same ambitious ‘one country, one-day’ formula.

13 years later, the simple idea has grown into a global movement with millions of volunteers and charismatic leaders now involved. The simple act of cleaning has become a force that binds people and groups together, who would otherwise never dream of working together towards the same goal. Civil society, Governments, Global Corporations, people defying war, men, women and children, all participate.

World Clean-up Day is held annually and this year, it will be marked on 18 September 2021, (as against September 19, 2020). World Clean-up Day aims to raise awareness of the mismanaged waste crisis, by mobilising all spheres of society to participate in clean-up actions. Individuals, governments, corporations, and organisations are all encouraged to take part in clean-ups and find solutions to tackle mismanaged waste.

This year’s event is even more significant, as the effects of mismanaged waste are evident with harsh environmental and weather situations all over the world.

Climate change is evident across the globe with damage that is traceable to waste and its improper disposals.

Plastics alone constitute a major percentage to the waste problem. Researchers estimate that more than 8.3 billion tonnes of plastics have been produced since the early 1950s, (about 60% of that plastic has ended up in either a landfill or in the natural environment).

According to “Let’s Do It World”, (the organisers of World Clean-up Day), more than 8million tons of plastic end up in the oceans that produce 70% of our oxygen!

If current trends continue, our oceans could contain more plastics than fish by 2050!

Also, with the heavy rainfall being experienced in the past few months around the globe, there have been serious flooding events, that are traceable to drain blockages. It is not just our immediate communities that are experiencing this damage, the entire world is at risk.

The world is drowning in its own waste.

Do you feel the need to do something constructive about waste management? Then join other volunteers for World Clean-up Day on 18 September 2021!

All you need is a pair of gloves and a trash bag.

Let your family members join in too as volunteers to be counted in the global tally of participants.

FirstBank will continue do its bit to help clean up the world.

Visit our website for more information about FirstBank and our various CSR initiatives www.firstbanknigeria.com