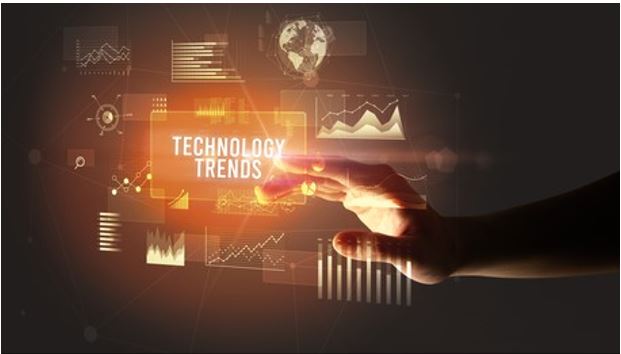 A substantial digital revolution is taking place all over the world. Innovation, agility and market development are all accelerated by technological advancements. The Covd-19 pandemic accelerated digitization and automation around the world, allowing companies to remain resilient even in adversity.

Many businesses had no choice, but to adopt disruptive technologies and modify their business models to stay afloat. The effects of the pandemic will be felt for a long time, and the digital transition and advancement in technology will continue to change our lives and the way we operate.

However, these changes are likely to open up other enormous opportunities for businesses worldwide. Some technological innovations that are sought after and are trendy, include:

Artificial intelligence has hyped a lot over the last decade. It remains a leading technology because it has significant impact on how we live, work and play. AI is now well known for its presence in image and speech recognition, ride-sharing apps, mobile personal assistants, navigation apps and various other applications. Machine learning, (a subject of AI), is used in a wide range of industries, resulting in a surge in the market of skilled workers.

5G refers to networks that use cutting edge technology, including augmented reality and virtual reality. Faster and more stable internet means more than loading webpages faster and spending less time waiting for YouTube videos to load. From 3G onwards, each advancements of mobile connectivity has opened up new internet use cases.

5G technology also threatens to render cable and fiber-based networks obsolete by requiring us to be tethered to a specific location. In a nutshell, consumers with 5G and other advanced, high speed networks will have better access to the network anywhere, at any time.

Quantum computing is a form of computing that uses the power of quantum phenomena, (quantum phenomena arises from the presence of the interfacial potential. To appreciate its effect, consider a sequence of classical particles in order of decreasing size. They become increasingly susceptible to the influence of the interfacial potential in the same order) such as superposition (Law of superposition in geology and archaeology, which states that sedimentary layers are deposited in a time sequence, with the oldest on the bottom and the youngest on the top) and quantum entanglement (quantum entanglement is a physical phenomenon that occurs when a group of particles are generated, interact, or share spatial proximity in a way such that the quantum state of each particle of the group cannot be described independently of the state of the others, including when the particles are separated by a large distance.).

………………. It is the next noteworthy technology trend!

Based on its capabilities to instantly question, track, interpret, and act on data, regardless of source, this incredible technology trend also assists in preventing the spread of the coronavirus and developing potential vaccines.

Quantum computers are several times faster than traditional computers, including those from well-known companies.

Blockchain is a system of recording information in a way that makes it difficult or impossible to change, hack, or cheat the system. A Blockchain is essentially a digital ledger of transactions that is duplicated and distributed across the entire network of computer systems on the Blockchain.

Each block in the chain contains a number of transactions, and every time a new transaction occurs on the Blockchain, a record of that transaction is added to every participant’s ledger. The decentralized database managed by multiple participants is known as Distributed Ledger Technology (DLT).

Blockchain is a type of DLT in which transactions are recorded with an immutable cryptographic signature called a hash.

Many people believe that Blockchain is just about cryptocurrency, which is not the case.

(Cryptocurrency or crypto, is a digital currency that can be used to buy goods and services, but uses an online ledger with strong cryptography to secure online transactions. Much of the interest in these unregulated currencies is to trade for profit, with speculators at times driving prices skyward.)

Bitcoin and other cryptocurrencies are just a part of Blockchain technology as a whole. Apart from cryptocurrencies, it uses various other fields such as healthcare, supply chain and logistics, advertising, etc.

It’s a decentralized digital ledger that keeps track of any transaction through a global network of computers. Various businesses are searching for Blockchain platforms to build top level business strategies, driving up the market for Blockchain technology. Blockchain’s amount of protection and transparency is the primary explanation for its tremendous rise in popularity.

Augmented reality and virtual reality are two popular tech trends that have exploded in popularity in recent years and expected to continue to do so in the coming years. When it comes to these two technologies, Virtual Reality (VR) is concerned with creating a realistic environment of the physical world using computer technologies, while Augmented Reality (AR) is concerned with enhancing the environment using computer generated elements.

They operate in various fields, including gaming, transportation, education, healthcare and many others. For example, Ed–tech platforms are increasingly favoring augmented reality and virtual reality to improve students learning experiences. Understanding these technological developments, would provide you with more excellent career and business prospects.

We at FirstBank are happy to serve our customers with the best cutting edge technology. Visit www.firstbanknigeria.com for more information about our services.