Prospects of an African Currency 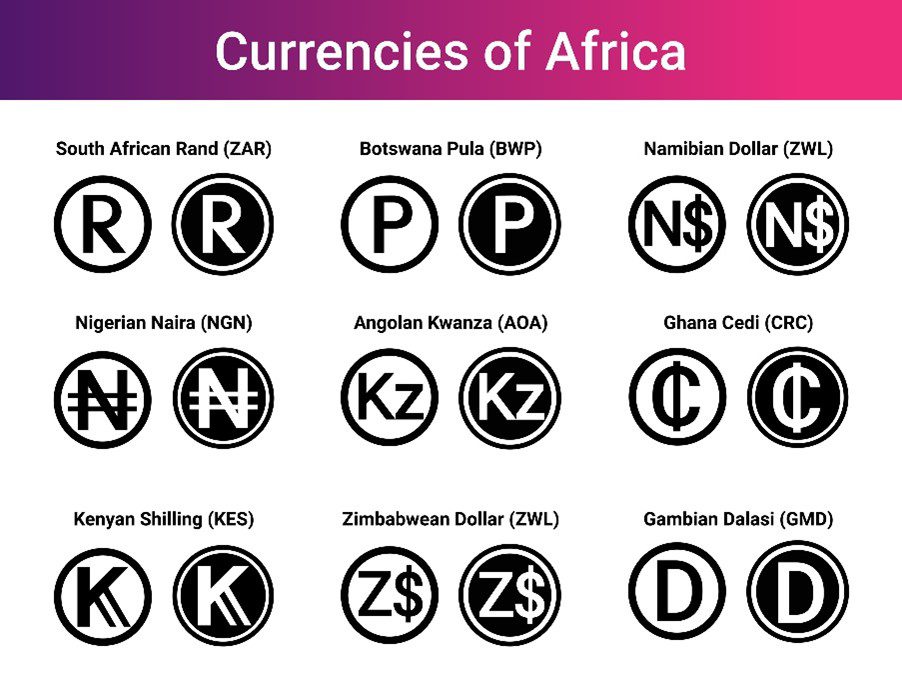 For the purpose of planning a common currency denomination, let’s think of Africa as a country rather than a continent, just for a moment!

A nation with a population of over 1.3billion people, endowed with, both natural and human resources, more than any other country on earth.

You can now imagine Africa as a country, that could be a superpower with a single currency.

The integration of Africa was the dream of many African Leaders whom over half a century ago, established the Organization of African Unity (OAU) which later changed to  African Union (AU), to promote socioeconomic structures, aimed at improving the welfare of the citizens of member states.

One of the ways considered to achieve some of the objectives of the AU, was establishing a single African currency, for the entire continent.

The success of a single European Union Currency, the Euro, (which has become very central to recent economic progress), has shown the power of an integrated monetary structure in a globalised world.

As the world moves towards knowledge-based economic structures and information societies, the discussion around the power of a single African currency has become very important.

A single African currency, when realised, is expected to radically redefine Africa’s social, political and economic landscape and position the continent on a solid footing to tackle the enormous challenges of the 21st century. As blessed as Africa is, intraregional and cross border trade indicators amongst African countries, are low, compared to other continents.

However, it must be noted that currency convertibility problems, (which would be eliminated with a single currency) contribute to this low number on the indices being measured.

Let’s think about the benefits of a single African currency

Despite the anticipated benefits, there is a school of thought, that says the African continent must approach the adoption of the single currency cautiously. The continent should first focus on strengthening the regional economic communities, for better currency union and financial integration.

African markets and its regional parts are already forming pathways to integration through other avenues of trade, finance, and consumer products. In the years ahead, the diverse population of Africa would be relying on its leaders to implement a common currency denomination across Africa, as and when deemed most feasible.

The future is bright, as new opportunities await the motherland!

For banking across Africa visit www.firstbanknigeria.com to discover our footprints across the continent.