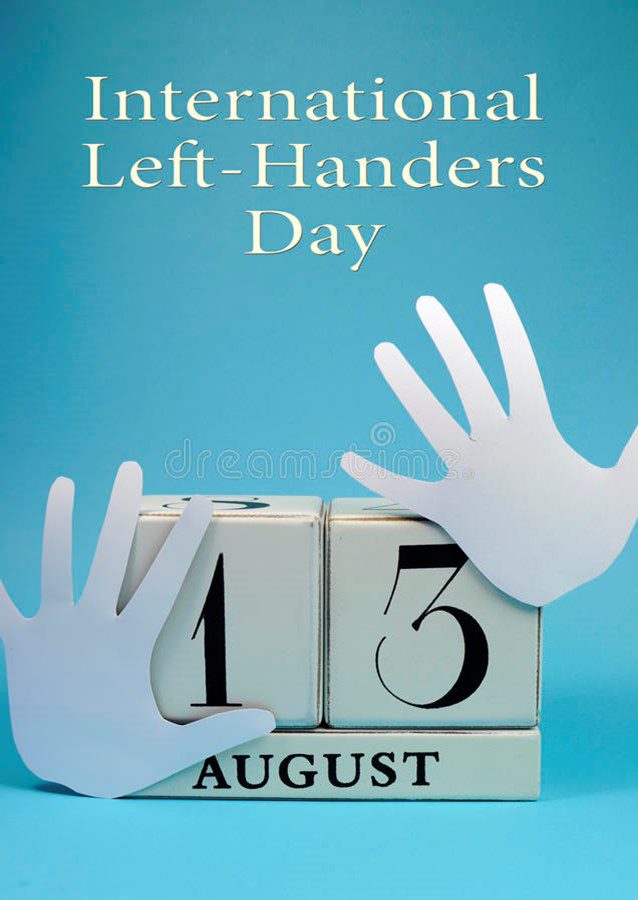 Majority of the world’s population are right-handed, as they are more comfortably used for writing, throwing balls, turning pots of stew, cutting items and doing many other things. 13 August is observed annually to celebrate the uniqueness of left-handed individuals.

The inaugural year for the celebration of this day was 1976 by Dean R. Campbell Founder of Lefthanders International. Friday, 13 August 2021 will be another day to further raise the awareness about left-handedness and the everyday challenges of being left-handed in a world designed (especially by manufacturers) for right-handed people.

The day is often celebrated by creating ‘left-handed zones’ (usually set up around the world), where righties are encouraged to use their non-dominant hand to perform simple tasks. A few lefty tools and utensils are put in these designated zones to compel people into finding out what it is like being a ‘southpaw’ in a right-handed world.

It may interest readers to know that there is an International Left Handers Club (with free membership) which started in 1990, in response to customers’ requests to produce a newsletter and campaign on behalf of left handers to get more left-handed products made and raise awareness of issues facing left-handers, (particularly left-handed children in schools).

The statistics of ‘lefties’ around the world has been increasing over the years from only 2% in 1860 to 4% in 1920’s and 10% in 2021. This is attributed to change & decline in societal practises that forced youngsters to use their right hand when learning to read and write, hold objects and eat etc.

Now there is also an increase in the commercialisation of left-handed gadgets, instruments, oven mitts and golf kits etc.

Science explains through research that left handedness is as a result of factors like genes, birth weight, mother’s age, preterm births, multiple-births, ultrasounds during pregnancy, etc, ‘But the biological basis for left-handedness remains largely unexplained. Studies have shown that the male sex is more likely to be left –handed than the female sex.

13 August is now marked as the ‘International Lefthanders Day’ by people who have ‘sinistrality’ (which is the medical definition for the quality or state of having the left side or one or more of its parts, different from and usually more efficient than the right or its corresponding parts such as the hand or eye).

As the world sets out to celebrate this uniqueness across the world, FirstBank wishes all our left-handed customers a very happy Left- Handers Day Celebration!